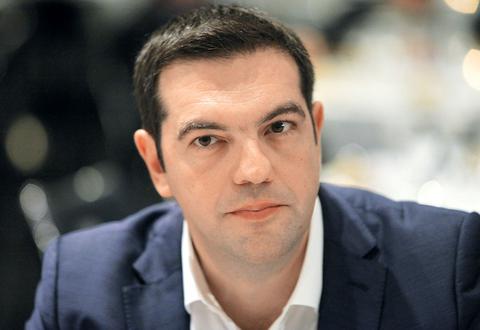 The refugee and migrant crisis is a global challenge that no single country can face alone, Greece’s Prime Minister Alexis Tsipras said at the United Nations General Assembly Summit on Migrants and Refugees held in New York on Monday. Addressing the heads of state and government gathered at the UN headquarters to discuss the large movements of migrants and refugees on a global scale, Tsipras warned that if the international community failed to support this effort, “the social and political repercussions will be felt everywhere.”“We either succeed in managing it collectively, comprehensively and on the basis of our principles or we fail. Worst still, we don’t only face the danger of failing in this particular challenge but also of betraying our principles,” he said.The Greek people, despite facing a deep economic crisis, “have daily given one reply for the past year and a half: ‘Yes, it is our duty’,” Tsipras added.Greece faced this challenge as 1.2 million migrants and refugees passed through the country and again when its northern borders were closed through unilateral actions, he pointed out.“We face it as we strive to support the roughly 60,000 refugees trapped in Greece, as well as those that continue to come. Since our Asylum Service – which did not even exist three years ago – is handling the fourth largest number of asylum requests in Europe. Since our authorities, along with the European and Turkish authorities, are striving to implement the difficult but necessary EU-Turkey agreement. An agreement that led to a drastic reduction in flows and – most importantly – the number of deaths in the Aegean. An agreement that replaces the irregular, dangerous route to Europe with a legal route via the resettlement process,” Tsipras said.Greece’s efforts, both to guard its borders and reinforce its asylum service, could only succeed if there was solidarity and the responsibilities were shared, he added.“The commitments made to Greece must be adhered to. Our Asylum Service must be supported with many more European asylum staff. Many more refugees must be relocated from Greece to other European countries. We must reinforce our cooperation with Asian and African countries of origin and transit, so that we ensure that we can return those that do not merit international protection,” he said.As Europe struggled to cope with the greatest migration flows since the Second World War and the repercussions of poverty, repression and war in its wider neighbourhood, questions arose about whether it still possible to safeguard social cohesion and the security of its citizens without violating international law and the Geneva Convention, Tsipras said.“If we do not to make a concerted effort to replace dangerous migration routes with others that are legal and humane, if we do not address the causes that generate migration, if we do not speed up the relocation of refugees to countries around the world that can receive them, then we will fail,” Tsipras underlined.Such a failure would then give room to nationalist and xenophobic forces to rise up for the first time since WWII, he warned.