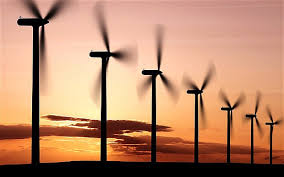 The local subsidiary firm of Spanish multinational Iberdrola has been granted an operating license for a wind park with a 351-MW capacity in Komotini, northeastern Greece, it was announced yesterday, but, refecting an overall hesitancy felt by investors in the sector, it remains unclear whether the Spanish giant will proceed with the investment, commercial feasibility being a key concern. Wind-park ventures have remained largely unprofitable in Greece.

The Bilbao-based company, which operates on four continents and serves about 31.7 million customers, had submitted an application for the Komotini project one-and-a-half years ago, amid the ongoing recession.

Iberdrola already produces 300 MW through other wind-park operations in Greece and possesses facilities with a further 100-MW capacity that are ready to operate.

Iberdrola’s local subsidiary remains undecided as to whether the Greek market, at present, is a safe location for further investment activity, a company official told energypress, citing the country’s political and economic developments, as well as possible regulatory revisions in the renewable energy source (RES) sector, as factors.

Beyond Greece, the wider recession in the EU has limited funds available for investment, making energy-sector companies far more selective in their decision making.

If developed, Iberdrola’s plan for the Komotini wind-park project will be comprised of 78 wind mill generators with respective capacities of 4.5 MW for a 351 MW total.