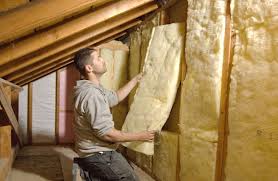 Despite being the only program that has contributed to energy-efficiency upgrades of homes in recent years, even if bureaucratic procedures have been arduous, while also providing some badly needed activity to the country’s otherwise dormant building sector, the “Saving at Home” program, old and new, has been bogged down by a shortage of funds and bureaucracy.

Funds for the previous “Saving at Home” program – implemented under the 2007-2013 National Strategic Reference Framework (NSRF), an EU funding program – have dried up, while a total of 20,000 applications have not been processed.

Last summer, the Development and Competitiveness Ministry, responsible for the program’s implementation, announced that a solution had been found to cover eligible applicants of the previous round through the sudden availability of 100 million euros. The ministry had also announced that all necessary revisions had been made for EU approval of applications linked to the program’s new round, covering 2014 to 2020. Then, in September, the Development and Competitiveness Ministry announced it had secured approximately 200 million euros for the program. Even so, these funds for the program remain at large and have still not made it to the ministry’s coffers.

The Environment, Energy & Climate Change Ministry has since made repeated enquiries, asking whether new applications can be submitted, considering the EU’s approval of funds. The Development and Competitiveness Ministry has gone no further than to respond that the submission of new applications “can only begin once a new program has been set up, at the beginning of 2015.” This boils down to meaning that time-consuming bureaucratic procedures concerning the establishment of the support program’s operational framework will probably be set up from scratch, over many months.

If the ministry divisions responsible for this project are unable to strike efficient cooperation, the issue is expected to be discussed at a ministerial level once Environment, Energy & Climate Change Ministry Yiannis Maniatis returns from the USA, where he is promoting Greece’s hydrocarbon exploration prospects to investors. Cutting through the stifling bureaucratic procedures will be a key objective.

Until now, the “Saving at Home” program has been directed at home owners in areas where property value, based on tax office figures, does not exceed 2,100 euros per square meter. The property owners must also meet certain income criteria and utilize the property as a residence.