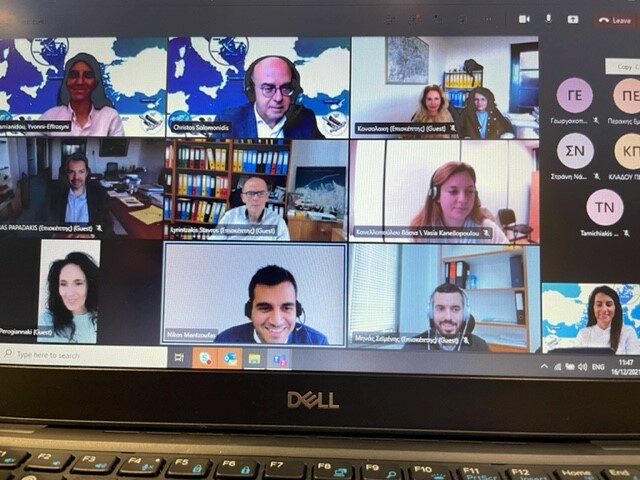 A technical workshop was organized by the Heraklion Port Authority, which participates as a satellite port at the EU co-funded programme. This is the final dissemination event that shared the work to date and milestones of the Action to key stakeholders, seeking their input and comments to the completed activities.

In an atmosphere of consensus that the port should embrace alternative fuels in order to remain both sustainable and competitive, issues like the Presidential Decree on safe LNG Bunkering, training competencies, port manuals and the port’s masterplan to accommodate LNG, were thoroughly addressed.

The virtual event did not focus only on the technical pillars of the Action but moreover shared, with all participants, the basics of LNG as a marine fuel and also the project’s key features and attributes.

Mr. Minas Papadakis, CEO made a reference to the concerns stemming from the proximity of the infrastructure to the populated areas around the port; yet he continued by highlighting the positive impact of the Action on the sound profile of the Port of Heraklion. Mr. Papadakis concluded by expressing his full support to the deliverables of Poseidon Med II and welcomed the next era for LNG as fuel, which he characterised as being ‘far from transitional’ as regards to its application in the maritime transportation sector.

Mr. Stavros Lirintzakis, Project Manager on behalf of the Port of Heraklion, supported the above positions and proudly advised the audience that despite the difficulties, the management of the Port Authority and its stakeholders look forward to welcoming similar projects in the future.

Poseidon Med II project is a practical roadmap which aims to bring about the wide adoption of LNG as a safe, environmentally efficient and viable alternative fuel for shipping and help the East Mediterranean marine transportation propel towards a low-carbon future.

The project brings together top experts from the marine, energy and financial sectors to design an integrated LNG value chain and establish a well-functioning and sustainable LNG market.