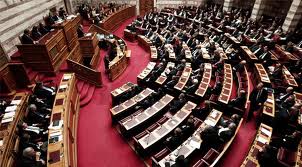 Greek Prime Minister Antonis Samaras’ surprise offer to lawmakers to go to the polls late next year in exchange for a vote for his presidential nominee has injected fresh momentum into his fight against the anti-austerity left.

However, as parliament prepares for a second round of voting on Tuesday to elect a successor to 85 year-old President Karolos Papoulias, the outcome still appears open with only a handful of independents pledging firm support to the government

If a new president is not elected by a third round on Dec. 29, elections will have to be held by early February, potentially handing power to Syriza, the main leftwing opposition party, which wants to renegotiate the international bailout agreement that Greece still needs to keep its battered finances afloat.

Such an outcome could rock the euro zone, which is only just emerging from its debt crisis.

Greek media reported on Monday that Samaras’ candidate, Stavros Dimas, could get 169 votes in the second round, still 11 short of the 180 vote threshold required in the decisive third vote, leaving the race still too close to call. The second vote needs 200.

“There are already a few additional positive votes but I think that the chances of electing a president are extremely slim,» said Costas Panagopoulos, the head of Athens-based polling institute ALCO.

With financial markets and Greece’s European partners all watching closely, voting on Tuesday will begin at midday (1000 GMT), with the result likely around an hour later.

Dimas is not expected to be elected on Tuesday, but the result will offer a pointer to the final result. Only five independents backed Dimas in the first round, giving the government 160 votes.

Samaras, whose normal term ends in mid-2016, called on parliament for support on Sunday, promising to bring pro-European independents into the government and hold new elections by the end of 2015 in exchange for voting in Dimas.

Syriza and the small Democratic Left and Independent Greeks parties have all rejected the offer.

The main Athens index rose 2 percent at first on hopes of a deal that could avert snap elections. However it fell back later to trade flat.

The already uncertain outlook was complicated on Friday by claims of an attempt to bribe an Independent Greeks lawmaker to vote with the government.

The allegations, which are being investigated by prosecutors, prompted angry denials and counterclaims by the government that they were stage-managed to force new elections but they have intensified the tension ahead of the vote.

Syriza has seen its advantage narrow over the past few weeks but it still leads the ruling coalition by 3.4 points according to an opinion poll on Saturday.