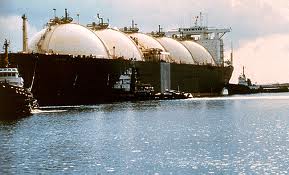 The framework of a Greek contingency plan in the event that Russia interrupts its supply of natural gas via Ukraine is expected to be finalized at a meeting in Athens on Wednesday.

To be held at the Ministry of Environment, Energy & Climate Change, the meeting will involve the participation of all the country’s top-level energy authorities.

The officials intend to analyze the scope of the problem as well as a package of measures that would be implemented should Russia follow up on its threat and disrupt its supply of natural gas to the European Union.

Details of a stress test, concerning the natural gas supply stoppage threat, will also be worked on at the meeting. Earlier this summer, the European Commissioner for Energy, Mr. Günther Hermann Oettinger, requested special reports from all EU members, to be delivered at the end of August, detailing the results of respective stress tests in the event that Russia disrupted its natural gas supply via Ukraine next winter.

If carried out, the Russian threat would mostly affect Greece’s natural gas sector. Electricity production in Greece would be far less affected. Greece ranks as one of the EU members with the greatest dependence on Russian natural gas, which, numerically, is estimated to be between 65% and 70%. The picture is less alarming for Greece’s electricity production, which is fueled by natural gas at a level of 25%.

Considering Greece’s natural gas consumption levels, the country is not appropriately equipped with natural gas storage facilities, nor is it sufficiently interconnected to the gas supply networks of neighboring countries.

As part of the country’s emergency measures, DEPA, the Public Gas Company, has already filled tanks at Greece’s only terminal for liquefied gas, located on the islet of Revythoussa, in the Saronic Gulf, close to Athens, with 130,000 square meters of LNG, an amount that would cover demand for a ten-day period. DEPA is also preparing to place an extraordinary follow-up order for two additional LNG tank loads that would meet demand needs for a further twenty days. A plan by DEPA to hire an additional LNG storage facility that would float at sea, to increase storage capacity, is also being considered. Whether this latter option will be implemented will depend on the final assessment concerning the overall impact on Greece of a natural gas stoppage from Russia.