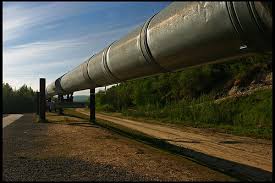 Production Reconstruction, Environment and Energy Minister Panayiotis Lafazanis, just back from an official visit to Moscow, has paved the way for close ties with Russia, a move that also promises to spark a stern response from the USA and EU.

If Russian president Vladimir Putin and Greek Prime Minister Alexis Tsipras, who meet on April 8, make official a bilateral agreement for Russia’s latest natural gas pipeline proposal, Turkish Stream, to bypass Ukraine and carry gas to the Greek-Turkish border area, then it will arrive as the first deal between the two countries since 2009. Turkish Stream is Russia’a alternate proposal for South Stream, a cancelled project whose route woute have crossed the Black Sea to Bulgaria.

Greece’s step closer to Russia, a country targeted by international sanctions over the Ukrainian crisis, entails considerable risk amid the region’s reshaped geopolitical standing. The initiative could even lead to repercussions in Greece’s ongoing negotiations with its creditor representatives, market analysts have pointed out.

For Lafazanis, who heads the leftist Syriza-led coalition’s radical left faction, Left Platform, creating a rift between Greece and the country’s creditors may be a natural extension of his political views, but the government is left to deal with the real issues.

Some political analysts believe Lafazanis is seeking to persuade the entire Greek government to join his pro-Russian stance. Others disagree and contend the minister does not intend to fully succumb to a Greek-Russian affair but, instead, through his maneuverings, is seeking greater understanding from creditor representatives over the harshness of their demands imposed on Greece.

Whatever the case, it appears that, at present, Greece is on the verge of sealing a major energy deal with Russia through the Turkish Stream plan. The pipeline, whose construction Russia aims to complete by 2019,  is intended to carry 63 billion cubic meters of Russian natural gas, annually, to central Europe. Its route is planned to run through the Black Sea, Turkey, Greece, the Former Yugoslav Republic of Macedonia (Fyrom), Serbia and Hungary, with Austria as its final destination.

Lafazanis, whose Moscow visit earlier this week included meetings with Russia’s Energy Minister Alexander Novak and Gazprom CEO Alexey Miller, yesterday declared he was greatly interested in the Russian government’s plan to include Greece in the Turkish Stream pipeline project’s route, while noting that a final decision would be made by the government and the the Greek Prime Minister “based on national interests.”