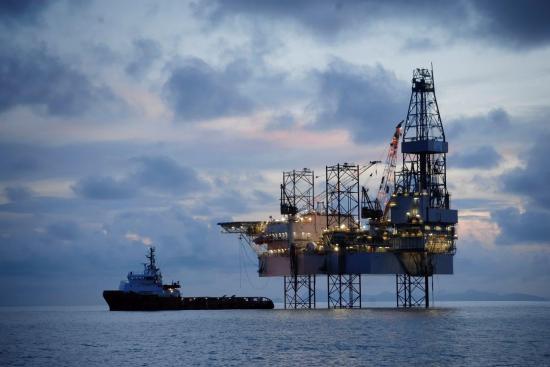 Two Greek firms, which operate both independently and through partnerships in the field of hydrocarbon exploration, are among the corporate groups interested in the upcoming international tender for exploration of twenty sea plots in western Greece and south of Crete.

The firms, Hellenic Petroleum, or ELPE¸ and Energean Oil & Gas, which were both represented at last week’s presentation, by the Greek Energy Ministry, of the twenty sea plots to investors in London, both declared their interest in comments made to EnergyPress.

ELPE, it should be noted, has already acquired seismic data collected by Norwegian firm PGS, as well as a study conducted by France’s Beicip, for all the regions covered by the twenty sea plots.

Energean Oil & Gas, which was represented in London by its president and managing director Mathios Rigas, accompanied by company officials, can also be expected to be a formidable participant in the tender. Mr. Rigas, too, met with officials from the Greek ministry, PGS and Beicip.

ELPE, through a consortium, has already been granted exploration and exploitation rights in the Gulf of Patras, western Greece. Energean Oil & Gas has been given the green light to explore and exploit areas off Ioannina, northwestern Greece, and Katakolo, western Peloponnese, both with different partners.