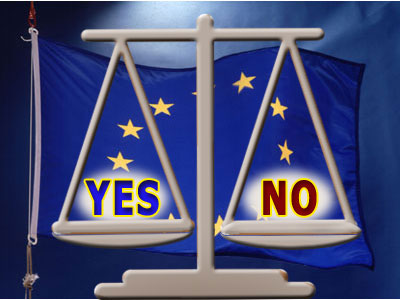 Government sources and the European Commission on Sunday continued to give differing accounts of events at the Eurogroup that led to a breakdown in the negotiations and the Greek government’s decision to call a referendum.

Responding to the Commission’s announcement that it had presented proposals with improved VAT rates, the Greek side insisted that Eurogroup President Jeroen Dijsselbloem had demanded that Athens accept the institutions’ proposal by Saturday, thus presenting a clear ultimatum.
Greek sources said the document released by the Commission was never given to the Greek government and that the only change is the VAT rate for hotels, which was lowered to 13 pct from the 23 pct proposed by creditors in the “ultimatum” document on Thursday morning.
This ‘improved’ offer essentially reverted back to a proposal presented by the institutions on Wednesday (23 pct VAT on restaurants/catering, 13 pct for hotels from July 1) that the Greek side had already rejected, the sources pointed out.
If there had been a change of stance, Greek sources insisted, this was not announced officially to the Greek government “and is a matter that concerns the Institutions.”
Earlier, the European Commission released a draft of the proposals that the institutions’ presented to Greek authorities on June 26, aiming at an agreement in the Eurogroup on June 27, with an announcement saying that it wanted to brief the Greek people on the latest proposals in order to ensure transparency.
The Commission said that the last proposal took into account the proposals submitted by Greece on June 8, 14, 22 and 25, as well as discussions held in the last week on a political and technical level.
“Discussions on this text were ongoing with the Greek authorities on Friday night in view of the Eurogroup of 27 June 2015. The understanding of all parties involved was that this Eurogroup meeting should achieve a comprehensive deal for Greece, one that would have included not just the measures to be jointly agreed, but would also have addressed future financing needs and the sustainability of the Greek debt. It also included support for a Commission-led package for a new start for jobs and growth in Greece, boosting recovery of and investment in the real economy, which was discussed and endorsed by the College of Commissioners on Wednesday 24 June 2015,” the announcement said.
However, neither the final version of the text nor the comprehensive agreement could be finalised and presented to the Eurogroup due to the  Greek side’s decision to unilaterally break off the talks on Friday night, the Commission said.
Government sources responded with a non-paper pointing out that the Commission’s document confirmed that the extent of the measures demanded by the institutions.
Tweet