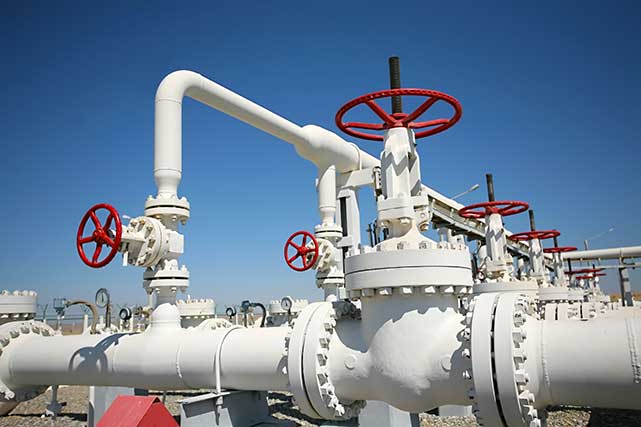 Greece’s imposition of an excise duty on natural gas when used as feedstock rather than as a fuel is detrimental to Greek industry and goes against the EU spirit, experts participating at a recent  international gas forum in Brussels agreed.

Greece is the only European country imposing such a tax, participants pointed out at the event, held last Thursday at the European Parliament in Brussels and by the Hellenic Association for Energy Economics (HAEE).

The keynote speakers, Maria Spyraki, Member of the European Parliament and representative of the Greek conservative New Democracy party and Nikolas Papadopoulos, leader of Cyprus’s DIKO party and candidate for the presidency in the upcoming elections in Cyprus, underlined the necessity of expanding the use of natural gas and its transmission from the eastern Mediterranean region to Europe thtough Greek-Cypriot cooperation and projects supported by the European Commission such as the prospective East-Med pipeline and Alexandroupoli LNG terminal.

A detailed analysis of the unique Greek problem for Europe was provided by Filippos Ioannidis, PhD candidate of Aristotle University of Thessaloniki, who presented his related study, titled “Excise Duty on Natural Gas when used as Feedstock”.

The economic and legislative aspect of the issue, creating unfair competition, at the expense of the Greek economy, was thoroughly analyzed.

Mr. Ioannidis pointed out that the taxation of natural gas for industrial use – when used as feedstock – creates additional obstacles and applies extra pressure on the hard-tested Greek economy, and is not assisting economic recovery.

Specifically, it was reported that, from 2010 to 2015, economic activity in the industrial sector experienced a drastic contraction of 27%. Mr. Ioannidis pointed out that, in Greece, the excise tax was levied on natural gas in 2011, without any provisions for future exemptions or discounts, based on usage or consumption volumes.

He underlined that this specific excise duty is in contrast with an related EU directive and undermines the competitiveness of Greek industry by significantly increasing production costs.

According to the study, the Global Competitiveness Index, which was recently announced by the World Economic Forum, ranks Greece last in terms of competitiveness, compared to all other EU member states and 87th in the world among 138 countries.

According to the survey, the increased taxation rate, acting as a barrier to businesses in Greece and at the same time preventing new investments, is the main reason behind Greece’s poor ranking.

A characteristic example of the relevant market distortion is the case of the use of natural gas in the production of fertilizers. Given that natural gas is used as a raw material for the production of ammonia, it is estimated that between 2011 and 2016 the Greek fertilizer industry was burdened by more than 40 million euros due to the excise duty.

The study described as asburd the decision to exclusively tax gas consumption, given that it is the most environmentally friendly energy resource for ammonia production.

The Greek fertilizer industry that utilizes natural gas in the production process is unable to compete with European rival industries not facing such a tax burden, the study pointed out.

A discussion on this subject followed and was introduced and chaired by Dr. Kostas Andriosopoulos, Professor of Finance & Energy Economics at the ESCP Europe Business School and President of the Hellenic Association for Energy Economics (HAEE).

During its course, Panagiotis Skarlatos, General Manager of the Hellenic Association of Chemical Industries, agreed with the study’s findings and supported the request to abolish the relevant taxation on natural gas when used as raw material. Furthermore, Michal Wendolowski, Manager of Market Analysis of Fertilizers Europe, remarked favorably on the Greek industry’s request to abolish the relevant tax.

Mr. Wendolowski stressed that 60 percent of ammonia production in the EU is based on the use of natural gas, while most of the 36 European factories with which the Greek fertilizer industry has to compete use natural gas without paying any excise duty. He underlined that it is unfair to burden natural gas in Greece in this way.

Ashutosh Shastri, a board member at the Global Gas Center – World Energy Council, described the situation in Greece as “abnormal” as the high taxation on natural gas consumption used for fertilizers is causing devastating effects due to unfair competition.

Mr. Shastri, who noted that fertilizer represents an important food chain product, cited India, a country that has a Fertilizer Minister, and its decision to subsidize rather than tax natural gas used for fertilizer production.

From a legal point of view, Konstantinos Adamantopoulos, a legal adviser in Brussels on taxation issues, stressed that apart from Greece, all European countries exempt natural gas used as raw material from an excise duty imposition.

The legal framework in Greece is contrary to the basic principle of EU law that prohibits negative discrimination, he noted. The imposition of an excise duty on natural gas used as a feedstock contradicts not only the law but also the spirit of Directive 2003/96/EC, as well as to Articles 107 and 110 of the Treaty of the formation of the European Union, Mr. Adamantopoulos highlighted.