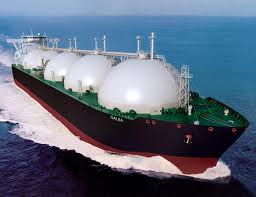 Greece’s emergency plan should Russia disrupt its natural gas supply this coming winter will depend heavily on spot-market LNG orders worth 150 million euro by DEPA, the Public Gas Company.

The number of LNG tanks needed in the event of a Russian stoppage over the ongoing conflict with Ukraine would depend on the duration of the crisis, as well the prevailing weather conditions. If an energy crisis were to coincide with heavy winter conditions, then the energy demands would be greater. A mid-winter Russian stoppage, as had been the case in 2009, would require about four to five LNG loads per month.

Based on current prices, a 90,000 cubic meter tank of LNG is worth 25 million euro. Assuming that Greece would require either four or five loads per month, this would cost the country between 100 and 125 million euro, within DEPA’s aforementioned spending range.

In a worst-case scenario fueled by extraordinarily high demand, spot market LNG market prices can be expected to exceed current levels. But this is not necessarily so. Heightened competition, combined with oversupply, could end up containing price levels.

Any prospect of a late revision by Greece, for increased orders of Algerian natural gas supply, has already been ruled out, as the Algerian firm operates on a long-term basis, with supply contracts for various other recipients determined well in advance.

This brings the LNG spot market into the picture as the only alternative through which Greece could cover most of its gas needs. In this case, the country would need to both find available carriers and coordinate supply. Greece’s only LNG terminal, located on the islet Revythoussa, close to Athens, is expected to meet demands. It can process up to 15 million cubic meters of gas per day, and, if needed, can cater to larger 140,000-cubic meter tankers.

Earlier this summer, the European Commissioner for Energy, Mr. Günther Hermann Oettinger, requested special reports from all EU members, to be delivered at the end of August, detailing the results of respective stress tests in the event that Russia disrupted its natural gas supply via Ukraine next winter.