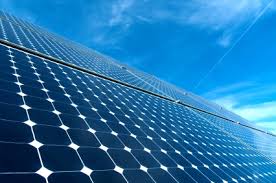 Greece’s electricity market has been described as a bad example to be avoided at a two-day energy conference held in Berlin, involving the participation of leading sector officials.

Speakers at the event, Berlin Energy Transition Dialogue 2015 – towards a global Energiewende (energy transition)”, held on March 26 and 27 at the Federal Foreign Office in Berlin, included the German Minister for Foreign Affairs Frank-Walter Steinmeier, Germany’s Minister for Economic Affairs and Energy and Vice Chancellor Sigmar Gabriel, the energy ministers of Denmark, Norway and a number of Middle East countries, and, from Greece, Dr. A. Metaxas, Lecturer at the University of Athens and Visiting Professor of Energy Law at the International Hellenic University (IHU).

Greece’s energy market was subject to criticism during a panel discussion focused on legal regulatory framework requirements that need to be observed for prospective renewable energy source (RES) penetration of the energy mix.

During his speech, Metaxas described the Greek market as a negative example of concealed subsidy activity in the supply sector that was drastically undermining and unsettling the RES special account balance. The activity, based on the pretext of the economic crisis, has consequently led to the adoption of policies that have proven detrimental to the New Deal, a pivotal tool for the RES market’s future growth, he continued.

Key speakers at the Berlin conference were well aware of the aforementioned negative circumstances in the Greek energy market, which, along with the Spanish market, were presented as bad examples. Adequate planning for future RES production penetration was lacking in both markets, event participants agreed.

Also, prominent international investors and financial institutions active in the financing of energy-sector projects told the event that retroactive reductions of contracted rate agreements with RES producers, as has been the case in Greece, stood as a red line that distinguished between reliable and unreliable investment destinations around the world.

Overall, the Berlin event’s particpants agreed that the key issue and challenge for the European market concerns how, not if, RES production will further penetrate the continent’s energy market, as increased RES production represents the only viable solution for energy security and independence in the EU’s energy markets.