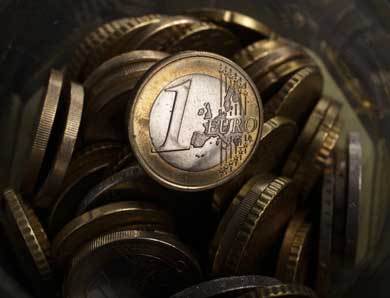 Greece’s economy shrank a revised 0.3 percent in the second quarter from a year earlier, contracting at its slowest pace since late 2008, data showed on Monday.

The gross domestic product reading, based on seasonally-unadjusted data, was revised down from a flash estimate earlier this month showing a 0.2 percent contraction. It was the fifth straight quarter of slowing economic contraction.

Greece and its EU/IMF international lenders project the economy will emerge from a brutal six-year recession this year, expanding by a modest 0.6 percent on the back of a strong tourist season and a rebound in investment.

Greece does not provide seasonally adjusted quarter-on-quarter GDP data, which most countries use to measure their economic performance.