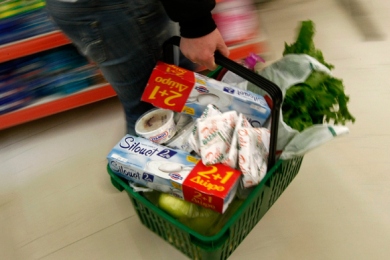 Greek consumer prices fell 0.7 percent in July, with the annual pace of deflation decelerating from a 1.1 percent fall in June, data from the country’s statistics service showed on Wednesday.

Greece’s EU-harmonised deflation rate also slowed down to -0.8 percent in July from -1.5 percent in June, coming in below a -1.3 percent rate expected by economists in a Reuters poll.

In November, deflation in Greece hit its fastest pace since monthly records began in 1960, registering a 2.9 percent year-on-year decline.

Eurozone inflation fell to just 0.4 percent in July, its lowest level since the depth of the financial crisis nearly five years ago, highlighting deflation risks on the European Central Bank’s radar.