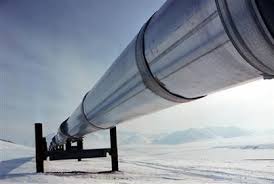 It can be acknowledged that Production Reconstruction, Environment and Energy Minister Panayiotis Lafazanis strongly hinted at Greece’s interest in cooperating with Azerbaijan on energy issues during yesterday’s meeting with the Azeri ambassador to Greece, Rahman Mustafayev.

Indicatively, this was the minister’s first meeting with a foreign diplomat since the newly elected leftist Syriza-led government’s Greek election victory on January 25.

Lafazanis, who has already declared that no energy-sector privatizations will proceed, side-stepped the delayed sale of DESFA, Greece’s natural gas grid operator, to Azeri company Socar by noting that the deal, reached under the previous Greek government, was in the hands of the European Commission, which is currently investigating the agreement over EU competition concerns.

“We will wait for the EU decision before determining our next steps,” Lafazanis reiterated yesterday in comments following the meeting.

Lafazanis expressed support for the TAP (Trans Adriatic Pipeline) project, to carry Azeri natural gas into Europe. Socar holds a twenty percent stake in the TAP consortium. Pundits interpreted his request for more favorable TAP terms for Greece, expressed during yesterday’s meeting, as more of an effort to appear consistent with the Syriza party’s pre-election views than a demand that could complicate procedures in any way.

When asked to comment on whether his interest to improve the TAP terms for Greece meant imposing transit fees, Lafazanis did not elaborate.

On the other hand, Azerbaijan can be seen as addressing both Greece and the European Union when noting that Socar’s eventual stake in DESFA will stand as a sign of confidence for any Greek-Azeri cooperation, as was insinuated by embassy officials yesterday. Socar had agreed to acquire a 66 percent share of DESFA before the European Commission decided to examine the deal. Azeri officials are clearly frustrated by the delay in Brusssels. But, as things have turned out, the new Greek government’s opposition to privatizations will also need to be taken into account by the Azeris.

Lafazanis declared yesterday that he planned to adopt a “multi-leveled and multi-dimensional energy policy”, implying that he will strive to cooperate with both Azerbaijan and Russia. The new Greek government has already expressed an interest for Greek involvement in a new Russian proposal, dubbed Turkish Stream, concerning the development of a pipeline towards Europe that could run across Greek-Turkish border territory.

However, it remains unclear whether maintaining positive ties with both Azerbaijan and Russia is possible. Both the EU and the USA consider Azerbaijan as being a rival to Russia on gas supply to Europe.

Azeri officials have said Socar’s effort to acquire a majority stake in DESFA and Azerbaijan’s development of the TAP gas pipeline project “are linked, but not directly.” DESFA was initially targeted by the Azeris as a means of expanding their operations in the Balkans, by combining Greece’s grid operator with the TAP project to establish a gas hub in the region.

Lafazanis will attend a South Stream conference to be held in Baku on February 12, when a new round of talks with Azeri officials is expected to take place.