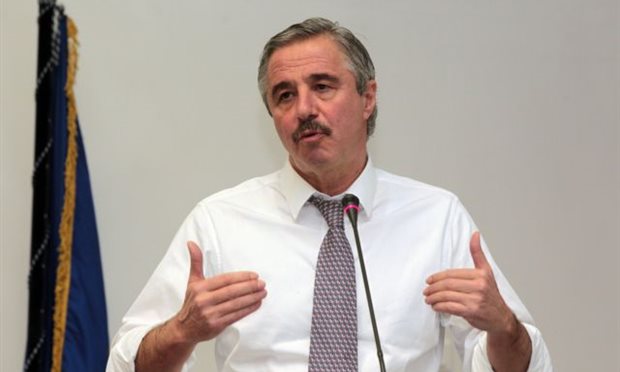 The European Union’s climate change accomplishments, to date, needed to be stressed, while the necessity for major developing economies to further contribute to the international effort must be underlined, Greece’s Environment, Energy & Climate Change Minister, Mr. Yannis Maniatis, told an informal meeting of EU environmental ministers in Rome yesterday.

The Greek minister told his counterparts that the EU needed to focus on contributing to the establishment of an ambitious international agreement at a forthcoming UN Climate Change Conference, to be held late in 2015, in Paris.

“We already have an ambitious EU objective for 2020. Based on current measures taken, we have managed to reduce greenhouse gas emissions by 22% compared to 1990 levels, without including other additional measures implemented by the EU and its member states,” Mr. Maniatis said. “We are on target in the EU to achieve a 24.5% reduction by 2020. We will reach beyond our objective,” he continued.

The Greek Minister said the EU had continuously reduced emissions since 1990, while also managing to dissociate emissions from economic growth.

Of the world’s twenty leading CO2-emitting nations, based on figures covering the period between 1990 and 2010, only five were developed economies, Mr. Maniatis noted.

“This means that if developing economies don’t take action before 2030, we won’t be in a position to achieve the 2 degrees celsius objective, even if the developed countries were to reduce their emissions to zero,” the Greek minister warned.