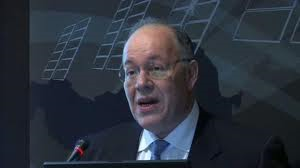 A German proposal for a revision to the European emissions trading scheme (ETS), on the agenda for the EU leaders’ summit in Brussels on October 23 to 24, will be based on a study conducted in Greece.

Germany’s Ministry for Economy Affairs and Energy commissioned a National Technical University (NTUA) laboratory headed by Professor Pantelis Kapros to conduct a study of various European scenarios based on a carbon emissions objective for 2030.

The German ministry has entrusted the NTUA laboratory with research work in the past. It has undertaken a number of projects over the past three years.

The German government will present the findings of the NTUA study tomorrow in Brussels, with a host of European energy sector authorities in attendance.

The latest NTUA study for the German ministry examines the impact of a prospective revision to the CO2 emissions market, based on a proposal forwarded by the European Commission and Germany, entitled “Market Stability Reserve”. The proposal has already received backing from a number of EU member states, including the UK, France, the Netherlands, and Belgium.

An agreement on the CTS revision is expected to be reached at the summit, where the Energy and Climate agreement for 2030 will be negotiated. A binding objective on energy efficiency, supported by Greece, does not appear likely. Instead, achievement of a 30 percent objective set for 2030 will probably be left for national leaders to manage as they see fit.

A binding target requiring increased renewable energy source (RES) contribution to 27 percent of the energy mix by 2030 may be raised to 30 percent.

As for the carbon emissions reduction objective, a binding target of 40 percent by 2030 is expected to be set.