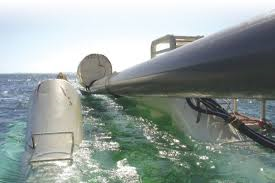 The development prospects of the East Med pipeline project, intended to carry Israeli gas deposits to Europe via Cyprus, Crete, the Peloponnese and Epirus, northwest Greece, before eventually connecting with the Greek-Italian IGI pipeline, have been bolstered by a Russian change of plan on the South Stream pipeline project.

However, at this stage, it remains unclear whether officials are bluffing or not on various gas pipeline project plans for the southeast European region. Earlier this week, Russian president Vladimir Putin announced that the original plan for South Stream, originally mapped out to carry Russian natural gas to southern Europe via the Black Sea and Bulgaria, would be scrapped. Making the announcement while on an official visit to Turkey, the Russian leader appeared keen to collaborate with Turkey on an alternative plan that could possibly entail a course through Turkey for the establishment of a hub on the Turkish side of the Greek-Turkish border. Greek terrain may also be used.

It also remains uncertain whether Israel’s support expressed to the EU for the development of the East Med project is genuine. Whatever the case, the change in plans for South Stream promises to reshuffle the cards for the region’s pipeline projects.

Greece is keeping a close watch on the developments as the country will need to adopt a position if Putin follows through with his announcement on South Stream and establishes an alternative route for Russian gas to Europe.

The EU will need to seek an alternative solution following the latest announcement on South Stream. The TAP (Trans Adriatic Pipeline) project, to carry natural gas from Azerbaijan to Europe via Greece, Albania, and the Adriatic Sea, is on schedule and should begin operating in 2019. But this alone is not a sufficient solution for the EU as the project’s capacity is limited. TAP will not fully cover EU energy supply needs for the region.

Amid all these developments, the question is whether East Med can seize the current opportunity created by the everchanging geopolitical landscape and establish itself as a natural gas route solution for southeast Europe. Greece’s Environment, Energy & Climate Change Deputy Minister Yiannis Maniatis alluded to this prospect during a speech delivered yesterday at a Hellenic-American Chamber of Commerce event on the Greek economy.