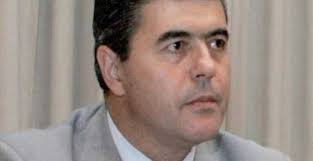 The country’s gas consumers can expect to see a ten percent reduction on their bills as of March, as had been decided by the previous government, based on the lower crude oil prices in the international market. In Greece, gas price levels are linked to oil prices.

The planned reduction will be one of the issues on the agenda of a meeting today between the newly appointed Production Reconstruction, Environment and Energy Minister Panayiotis Lafazanis and the chief executive at DEPA, the Public Gas Corporation, Spyros Paleogiannis.

Besides the gas reductions, officials at the new ministry also appear keen to consider reducing electricity rates for consusmers. However, as pointed out by an official who is well informed on the intentions at the new ministry, any power rate cut for consumers will need to be preceded by an examination of whether PPC, the Public Power Corporation, can support such a move as a result of cash-flow problems prompted by a rising level of overdue unpaid electricity bills owed by consumers.

Returning to the gas sector, the latest developments on a take-or-pay clause included in an agreement between the previous administration and Russian supplier Gazprom, which, based on its current standing, will obligate Greece to pay for unconsumed amounts, will also be discussed at today’s meeting between Lafazanis and the DEPA head.

Local officials have expected a response from Gazprom on the take-or-pay clause for some weeks now but have received no word, presumably as a result of the elections and change of Greek government.

New gas rates for consumers are expected to be included in the next round of bills to be issued no later than March 10 by the country’s three exisiting gas supply companies (EPA) operating in the areas of wider Athens, Thessaloniki, and Thessalia, in the mid-northeast. A further ten percent reduction is expected in the second quarter.

Based on December figures, DEPA’s purchasing cost has fallen by 27 percent. But the lower exchange rate of the euro currency against the dollar is expected to limit the gas price reduction to about 20 percent by June.