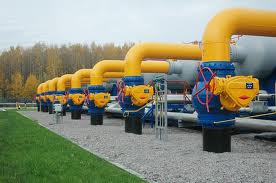 A plan being prepared by the Environment, Energy & Climate Change Ministry to end regional monopolies enjoyed by the country’s three gas supply companies (EPA) in the wider Athens area, Thessaloniki, and Thessalia, in the mid-northeast, seems like it will be based on the model applied by HEDNO, the Hellenic Electricity Distribution Network Operator – locally referred to as DEDDIE – to change the dominant position held by PPC, the Public Power Corporation, in the electricity market.

A draft bill for the liberalization of the gas retail market, briefly uploaded yesterday onto www.opengov.gr before being withdrawn over alleged technical issues, indicated that four gas distribution companies (EDA) will be established to cover the three aforementioned regions, as well as the remainder of Greece.

According to the draft bill, these four distribution companies will operate the current distribution networks being utilized by the three existing EPA companies. Ownership of the networks will remain exclusively with DEPA, the Public Gas Corporation.

The activities of the current EPA companies, according to the draft bill, will be limited to supplying natural gas to the retail market, meaning that distribution activity will be completely separated from development and management of the networks.

The separation procedures will begin being implemented on May 30, 2015, according to the draft bill. The separation process for the networks in the wider Athens area, Thessaloniki, and Thessalia, will need to be completed, both legally and functionally, by January 1, 2017, according to the draft bill. Additional distribution companies are expected to enter these markets.

In 2000, the three existing EPA firms had signed agreements for exclusive regional rights lasting 30 years. In exchange for the premature end of these monopolies, the EPA firms will be granted 20-year extensions on their operating licenses, with a clause for the addition of a further twenty years, meaning they will be able to operate until at least 2050, instead of 2030.