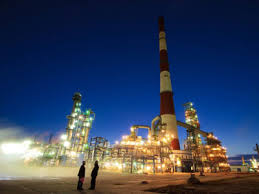 Small-scale industrial plants risk missing out on natural gas auctions, to be held annually and set for October 15, as a result of current trading regulations that essentially do not allow smaller firms to purchase from suppliers participating in the auctions.

On Tuesday, the Association of Industrial Energy Consumers, EVIKEN, forwarded a letter to Deputy Energy Minister Asimakis Papaageorgiou highlighting the delays being experienced in the gas market’s transition into a liberalized market.

In the letter, EVIKEN reminded the deputy minister of the government’s commitment to ratify, by June, legislation that would grant all industrial gas consumers the right to choose suppliers as of October 1, 2014. With this date now less than a month away, a draft bill for the matter has yet to be submitted to Parliament. EVIKEN, in its letter, expressed concern over the lack of legislative progress, questioning whether the deadline would be met, while also wondering whether any action had been taken.

EVIKEN warned that there was no time for further delays in the process to liberalize the gas market. “Enterprises and consumers are being oppressed, literally, by a monopolistic set-up,” the association noted, while underlining that the market’s liberalization would serve to narrow “unacceptably high profit margins” in supply and, subsequently, offer relief to both households and enterprises.