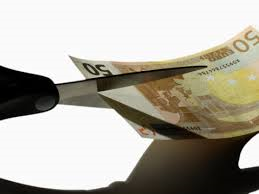 A Finance Ministry consideration to implement a 26 percent tax on invoices issued by Greek companies for foreign transactions has generated a negative reaction among entrepreneurs. Market officials have already warned the move would deal a devastating blow to company cashflow situations.

The long list of companies that would be affected by the implementation of such a plan includes refineries and PPC, the Public Power Corporation.

The measure would create a particularly acute problem for the country’s energy sector. Last year, electricity imports covered 17 percent of Greece’s total demand, most of these orders made by PPC, primarily from Bulgaria. This February alone, a total of 328,717 MWh of electricity was imported from Bulgaria at an average system marginal price (SMP) of 61 euros per MWh.

PPC, already burdened by about two billion euros worth of unpaid overdue electricity bills owed to it by consumers, will need to encounter yet another troubling front. It is estimated the measure would reduce a further one million euros from PPC’s cashflow as a result of its extensive electricity importing activity. Smaller traders will also be proportionately affected.

Besides electricity imports, the measure, if implemented, will also have a negative effect on crude oil imports. PPC maintains supply contracts with Vitol and EKO, and has also charted two ships.

The tax measure is also a concern for the refining groups ELPE (Hellenic Petroleum) and Motor Oil Hellas, to be taxed enormous amounts for ship charters of their own and crude oil orders.

The Finance Ministry has mentioned the measure would include tax returns. However, the waiting period, forecast at about one year by SEV, the Hellenic Association of Industrialists, would inflict major damage to the cashflow situations of most companies.

Sector officials anticipate the measure will also have repercussions on consumers, as companies will have no other choice than to raise prices. The price levels of crude oil orders would also be increased.

Export-oriented companies would also be troubled by the implementation of such a measure as price hikes by them entails the risk of losing business. Market officials warn the measure would deal a final blow for certain alrready struggling enterprises.