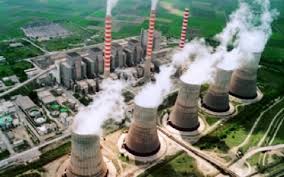 A recent fire that destroyed two old PPC (Public Power Corporation) power plants in northern Greece’s Ptolemaida region has not prompted any company changes, but just precipitated a decision that had already been reached to eventually close down the units, according to company sources.

The PPC officials noted that the company will not conduct repair work on the units as they were equipped with long-outdated technology and had fulfilled their life cycles. Any repair work would essentially require reconstructing the plants from scratch as, fire-inflicted damages aside, the units were obsolete.

A preliminary investigation conducted to determine the cause of the fire’s outbreak has indicated that obsolete technology and wear-and-tear may have been the most likely reasons.

As part of the company’s strategic plan, PPC had already scheduled to withdraw the two old units in autumn next year, if not even earlier, as was the case with two other PPC plants in the region.

Prior to the fire’s outbreak, PPC had already decided to focus its upgrade-related work on other lignite-fired stations. A PPC plant in northern Greece’s Agios Dimitris area, the company’s largest lignite-fired station with a capacity of 1,595 MW, will continue to play a leading role. It stands to attract much of the company’s upgrade-related investment with the intention of prolonging its life.