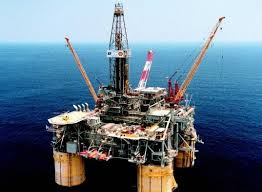 A hydrocarbon exploration and exploitation tender for three land blocks in western Greece, launched by the previous administration and whose deadline expires on February 6, will not be disrupted, Production Reconstruction, Environment and Energy Minister, Panayiotis Lafazanis has assured following a meeting today with the head official of EDEY, the Greek Hydrocarbon Management Company, Sofia Stamataki.

However, the leftist Syriza-led government’s minister announced that another tender, concerning twenty offshore blocks in the Ionian Sea, western Greece, and south of Crete, will be reexamined “within the framework of national interests and assurance for the best possible result.”

This has been interpreted as meaning that a deadline extension may be granted to the tender, as has been suggested by government officials. Bidders for this tender were originally given ninety days to submit their offers from the day it was officially launched, on November 14.

During pre-election campaigning, the newly appointed government pledged it would seek greater control for the Greek state in hydrocarbon tenders.