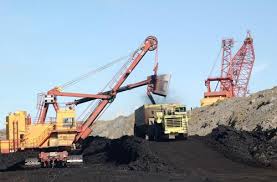 An Ernst & Young study has found that electricity production costs related to the country’s lignite sources and mining operations can be reduced by a total of 261 million euros per year. Recent remarks made by Production Reconstruction, Environment and Energy Minister Panayiotis Lafazanis highlighting the capacity for reductions to electricity bills were prompted by this study.

These cost reductions could be added to benefits already gained, or to be gained, by PPC, the Public Power Corporation, following regulatory and institutional revisions in the electricity market, for a potential total cost reduction of almost one billion euros, annually, at the power utility.

According to Lafazanis, the objective is to pass on these savings to consumers, both household and industrial. The minister has noted that electricity bill costs will be gradually reduced by between twenty and forty percent.

The Ernst & Young estimates that PPC’s capacity for cost improvement at lignite mines can reach between 192 million and 236 million euros. These figures are focused entirely on operational matters and do not include reductions that may arise from other developments, such as tax revisions.

The study noted that more efficient operations at the lignite mines can reduce emissions by two percent, which would lead to savings of between 24 million euros and 45 million euros, based on 2012 emission cost prices of 2.96 euros per ton, as well as environmental benefits.

The withdrawal of old lignite-fired power plants with capacities of less than 200 MW could lead to savings of about 25 million euros, the study noted.