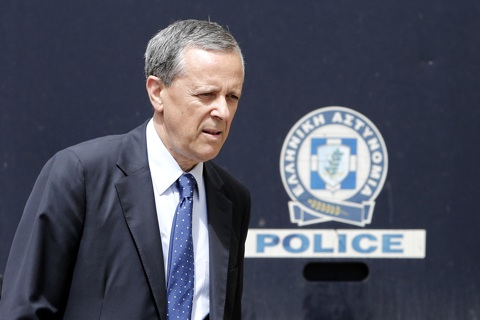 Former cabinet secretary Panayiotis Baltakos, who resigned last April after the emergence of a video of him in conversation with Golden Dawn spokesman Ilias Kasidiaris, appeared before magistrate Costas Sariotis on Friday.

Sariotis is examining whether any laws were broken during the secret filming of the footage, in which Baltakos can be heard suggesting that the former government had intervened in the judicial probe against Golden Dawn.

Baltakos told the judge that he did not know he was being filmed.

Kasidiaris, who is in pretrial custody, is due to be called in the next few days.