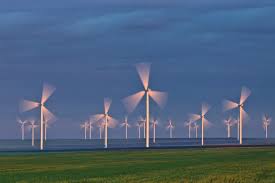 A plan by IPTO, the Independent Power Transmission Operator, a PPC (Public Power Corporation) subsidiary, to soon proceed with an underwater cable connection linking Greece’s second largest island Evia, slightly northeast of the capital, for supply of renewable energy source (RES) production to the mainland grid, is one of numerous energy-related matters currently on hold awaiting the country’s political developments. Work on the project is scheduled to begin within January.

Evia is considered a prime location for wind-park electricity production. Refecting this potential, the companies holding permits to operate wind parks on the island have pledged to co-finance the underwater cable connection. But whether they will be able to come through with the required amounts remains unclear.

RES companies have only gone as far as to sign letters of guarantee for the project’s financing matters. Once the cable begins operating, they will be expected to each provide approximately 150,000 euros per MW.

“As simple as it is to just say so, it is difficult to find money these days,” an official at a major RES company involved in the project has told energypress, reflecting the overall problem faced by local enterprises when seeking financing solutions in recent years from the country’s banking sector, whose credit supply has largely dried up.

The RES company official noted that company administrations were currently not in a position to make binding decisions on wind park projects for which they have been granted permits.

Besides awaiting developments on various fronts, including RES sector regulatory decisions, many sector investors are also concerned about the country’s prospective political and economic climate.

Certain RES companies, however, are believed to have already made up their minds and are waiting the completion of the underwater cable connection linking Evia with the mainland to develop their respective wind-park facility investments.