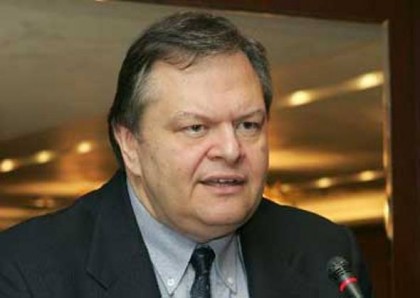 Taking stock of Greece’s six-month European Union presidency on the day before Italy takes over, Foreign Minister Evangelos Venizelos on Monday called it “successful,” noting it had paved the way for the country to finally emerge from a protracted financial crisis.

Venizelos, who is also deputy prime minister and leads junior partner PASOK in the coalition, noted that Athens had scored several significant achievements over the past six months, not least the reporting of a primary surplus which the country’s international creditors had set as a precondition for the launch of much-desired talks on debt relief. The achievement of the surplus was confirmed by the European Commission in April “with all that that signifies for the completion of fiscal adjustment and the process toward exiting the crisis,” Venizelos told a press conference. The country’s success in hosting an “organized, effective, professional and ultimately successful” presidency highlights “a different Greece, a Greece of normality, of stability,” he said.

Venizelos again ruled out the prospect of snap general elections, scheduled for 2016. He did not respond directly to reporters’ questions about a possible cooperation between PASOK and the main leftist opposition SYRIZA, which opposes the terms of the country’s international loan programs. He did observe, however, that Greece “has entered an era of parliamentary cooperations,” noting that PASOK had expressed its backing for such alliances as early as 2012.

As regards the cost of the Greek presidency, Venizelos said Athens kept expenses to a minimum. Of the 50-million-euro budget, 19 million was spent, meaning the remaining 31 million will be returned to the Finance Ministry.

Prime Minister Antonis Samaras, who is on Tuesday to attend a ceremony in Luxembourg marking Greece’s completion of its EU presidency, made a similar speech later yesterday. “Greece proved everyone wrong by achieving fiscal streamlining and stabilizing the country’s position in the euro,” he said. Last week, the premier described the country’s approach to the EU presidency as “result-oriented,” noting that 67 pieces of legislation were drawn up. Samaras is to meet with Italian Prime Minister Matteo Renzi in Rome this month and it is thought the two men will discuss promoting issues of joint concern such as maritime and immigration policies.