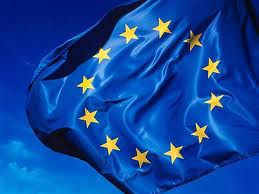 Related Stories
Greece’s gross domestic product expanded in the second quarter on a seasonally-adjusted basis, ending the worst recession since World War II for the country at the center of Europe’s debt crisis, according to Bloomberg citing the European Commission.

Greece’s economy is expected to grow 0.6 percent this year, before GDP expands 2.9 percent in 2015, the Commission said today in its Autumn Economic Forecast. Those forecasts are unchanged from its last report in May. For 2016 it predicts growth of 3.7 percent.

Greece, which has not released seasonally-adjusted quarterly GDP data since 2011, lost about a quarter of its economic output during a six-year recession that has left more than 26 percent of its labor force unemployed. The recession was deepened by budget cuts tied to the country’s 240 billion-euro ($300 billion) bailout from the euro area and International Monetary Fund.

“GDP growth in seasonally-adjusted terms became positive in the second quarter this year, and a strong third quarter figure is expected,” the Commission said in the report. “The recovery is projected to gain strength next year. However, uncertainty over policy implementation looks set to continue weighing on investment decisions in the first half of 2015.”
Greece’s public debt is forecast to come down to 168.8 percent of GDP in 2015 after peaking at 175.5 percent this year, the Commission said. The country’s budget deficit will narrow to 0.1 percent of GDP next year from 1.6 percent this year, according to the Commission.

Confirmation of Greece’s return to growth could come next week, when the Hellenic Statistical Authority releases GDP data for the third quarter.