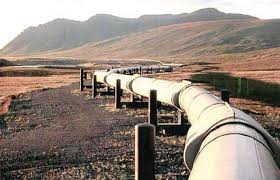 Production Reconstruction, Environment and Energy Minister Panayiotis Lafazanis will request three conditions for the further development of the TAP (Trans Adriatic Pipeline) project when he meets with Azeri officials in Baku today and tomorrow, these being significantly reduced natural gas prices, the Greek state’s participation in the TAP consortium’s equity share, and the establishment of annual transmission fees compensating Greece for the pipeline’s crossing through Greek territory.

The newly appointed Greek minister, on his first official trip abroad, will meet with various Azeri officials, including the country’s president Ilham Aliyev, as well as TAP officials, on his two-day visit to Baku, whose agenda includes a South Stream conference, to be attended by all six regional energy ministers whose countries are involved in the project, to transmit natural gas from Azerbaijan to Europe.

The minister’s request for the Greek state’s participation in the TAP consortium may be established through DEPA, the Public Gas Corporation, or other alternatives.  Lafazanis’s intention to secure transmission fees for Greece had not been included in the initial agreement. Instead, prospective Greek earnings from the project were limited to tax revenues.

Whether Lafazanis will successfully secure these three conditions, and, if so, what Azeri officials may demand in exchange, remains to be seen.

Interestingly, the South Stream conference will also be attended by the European Commission’s Vice President Maros Sefcovic, in charge of Energy Union. Therefore, Lafazanis’s declaration, to domestic recipients, of “multi-dimensional and multi-leveled energy diplomacy”, which also takes in Russia, will be put to the test.

Aides close to Lafazanis have indicated, both before and after the January 25 snap elections, that Greece would examine the possibility of participating in a Russian-Turkish plan for Turkish Stream – as an alternative to the apparently scrapped South Stream plan for transmitting Russian gas into Europe through the south – and the establishment of a gas hub in northern Greece. \

Just one week ago, Sefcovic had categorically opposed the Turkish Stream plan, noting that it was not feasible, and did not comply with legal agreements reached between European companies and Moscow. Sefcovic added that if such a project did proceed, he highly doubted it would reach Greek-Turkish borders, but, instead, would probably cross through neighboring Bulgaria.

Also questionable, as energypress has pointed out in recent days, is the new Greek government’s intention to establish ties with both the Azeris and the Russians, a tricky balancing act at this point in time. Both the EU and the USA consider Azerbaijan as being Russia’s rival gas supplier to Europe, and a preferential choice as well, considering Russia’s unpopular entanglement in the unending Ukraine conflict. All this, at a time when Greece is being backed by the USA.