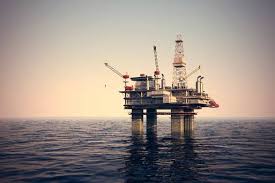 Petroleum companies ranging from medium-scale enterprises, such as Apache and Noble, to sector giants such as Marathon Oil, Anadarco Oil, Chevron, and ExxonMobil, will be invited to Greek oil prospect presentations to be made by Environment, Energy & Climate Change Minister Yiannis Maniatis during his upcoming trip to the USA. He departs Sunday.

ExxonMobil, one of the stand-out names, recently became the third company, following Total and Hellenic Petroleum, to acquire seismic survey packages prepared by PGS, for a price of over five million dollars. Their acquisition is a prerequisite for companies that intend to take part in upcoming international tenders for exploration and exploitation of Greek blocks.

ExxonMobil is one of three oil majors mentioned recently by Greek government officials as being interested in investing in Greek deposits. References have also been made to BP and Total.

The minister’s upcoming US presentation of Greece’s oil prospects comes just ahead of the launch of tender procedures for twenty offshore blocks in the Ionian Sea and south of Crete, expected to begin within the next few weeks, when the tender is published in the Official Journal of the European Union.

Other prominent players on the ministry’s invitation list include Anadarko Oil and Marathon Oil, both listed, Texas-based enterprises backed by lofty revenue figures, in the billions, and international activity. Companies of this scale usually seek to invest in potentially big deposits, beginning at 500 million barrels.

Smaller companies have not been disregarded. Apache and Noble, both included, are ranked 11th and 15th, respectively, on the list of the USA’s biggest petroleum companies.

Officials of all the aforementioned companies have made a number of visits to Athens in more recent times. Two highly-ranked ExxonMobil officials attended a hydrocarbons conference in Athens earlier this month. It should be noted that, at present, ExxonMobil does not have a market presence in petroleum and natural gas production within the European Union.