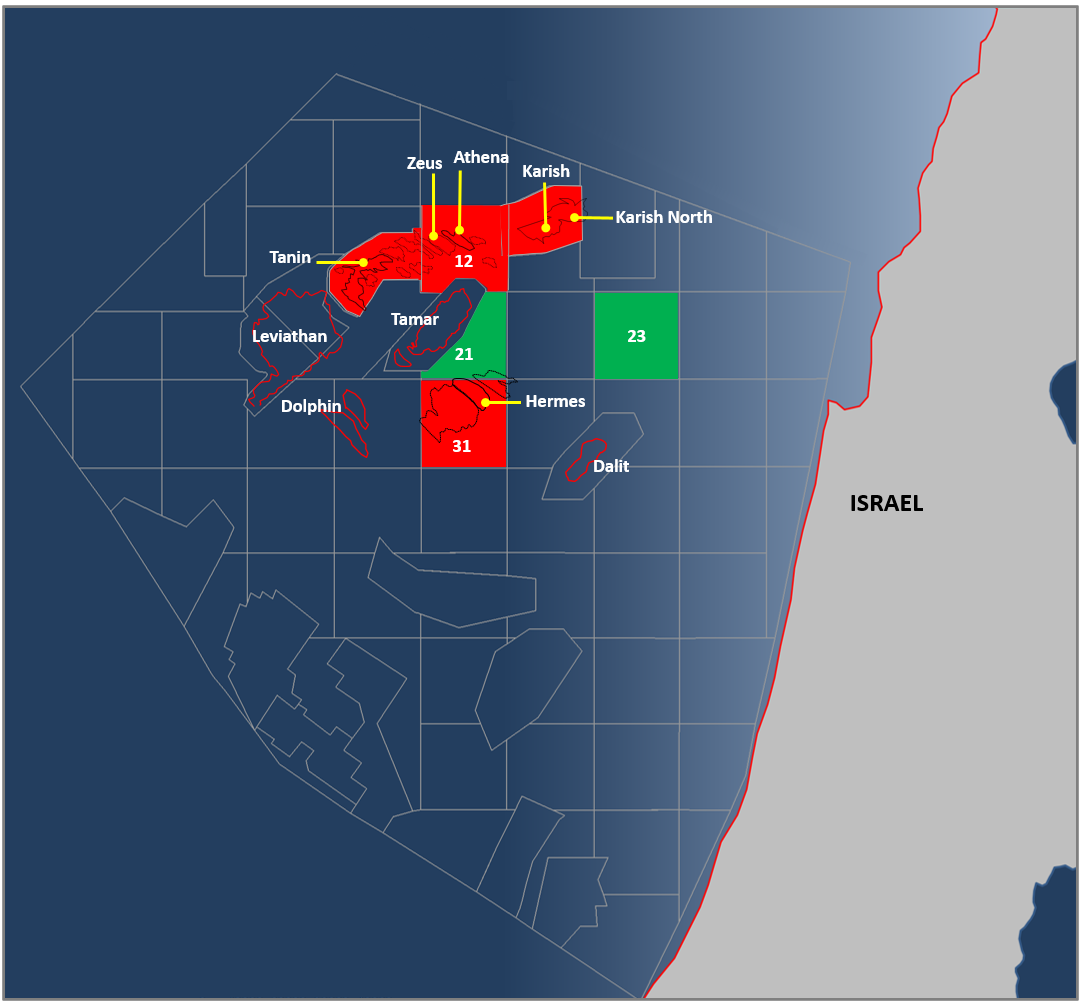 London, 7 November 2022 – Energean plc has announced that i) the Zeus-01 exploration well, offshore Israel, has made a commercial gas discovery of 13 bcm ii) contingent resources at neighboring Athena have been upgraded following post-well analysis; and iii) the Stena IceMax drilling rig has moved to block 23 to drill the Hercules structure, the final well in Energean’s 2022 drilling campaign.

Energean’s reserve auditor, DeGolyer & MacNaughton (“D&M”), has certified contingent resources of 11.75 bcm in the Athena discovery, an increase of 3.75 bcm on the Company’s 8 bcm preliminary estimate. This increase follows post well studies undertaken on data collected during the drilling process.

The results from the Zeus well and the Athena post-well analysis provide Energean with additional confidence about the volumes and commerciality of the Olympus area, and the Company is now progressing its field development plan. Energean expects to update the market on the total resource volumes within the Olympus area, taking into account the uplifted volumes in both Zeus and Athena, in early 2023. This update will be based upon a Competent Persons Report that is being undertaken by D&M.

The Stena IceMax has now moved to block 23 to drill the Hercules structure, where the Miocene gas prospect will be targeted.

“Following the start of production from our Karish reservoir last week, I am pleased that our drilling programme, which has now delivered five successful wells from five, continues to deliver value, ensuring security of supply and energy competition across the region. We are evaluating a number of potential commercialisation options for the Olympus area that leverage both new and our existing, unique Med-based infrastructure, and we expect to commit to a development concept in 1H 2023. ”