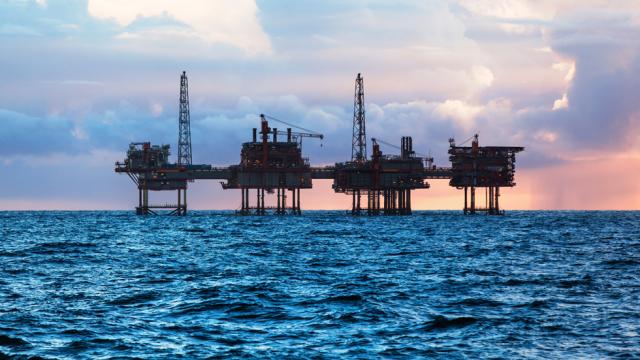 The board of directors at Energean Oil & Gas has approved the Final Investment Decision (FID) to proceed with the $1.6 billion Karish & Tanin Development Project, offshore Israel, the company has just announced in a statement.

$405 million of the $460 million raised from the recent IPO of Energean will be used to fund the company’s 70% share in the project, while the remaining 30% will be funded by Kerogen Capital, Energean’s partner in the project.

The project is also being financed through a Senior Credit Facility of US$1.275 billion recently announced and underwritten by Morgan Stanley, Natixis, Bank Hapoalim and Société Générale.

Energean has secured long-term gas agreements with some of the largest private power producers and industrial companies in Israel. The company has contracted for the purchase of a total of 61 BCM of gas over a period of 16 years, at an annual rate of approximately 4.2 BCM per year (on an ACQ basis).

Energean will develop the project through a new build, owned FPSO with gas treatment capacity of 800 MMscf/day (8 BCM/per annum) and liquids storage capacity of 800,000 bbls, which the company believes provides a flexible infrastructure solution and, potentially, the scope to expand output for potential additional projects.

A 90km gas pipeline will link the FPSO to the Israeli coast and necessary onshore facilities to allow connection to the domestic sales gas grid operated by INGL, the national gas transmission company.

The entire project infrastructure has been contracted to be engineered, built and commissioned under a lump sum EPCIC Contract with Technip FMC, with a contracted delivery date of Q1 2021.

During 2019, three wells will be drilled into the Karish discovery, using the Stena Forth Drill Ship which is under contract from Energean.

The company has also secured options to drill five further wells in the licences Energean holds in Israel.

Energean Oil & Gas CEO, Mathios Rigas, commented: “We committed to the investors in the IPO that we would take FID immediately after the equity raise and I am pleased to be honouring this, the day after the shares started trading on the London Stock Exchange.

“Today, we commence the development of the project having, in a very short period of time, secured the necessary gas contracts, a turn-key EPCIC contract with Technip FMC, a drilling contract with Stena and project finance backed by four international banks. All this has been achieved in just 14 months since January 2017, when the Israeli Government approved the transfer of the licences to Energean.

“The Karish & Tanin development will bring competition and security of supply to the Israeli gas market, and will support Energean’s strategy to become a major player in the gas developments of the East Mediterranean.

“Owning and operating the only FPSO in the East Mediterranean with an 8 BCM per annum capacity gives Energean significant scope for growth through being able to support potential additional gas discoveries from Karish & Tanin and the five adjacent licences that we own in Israel.”