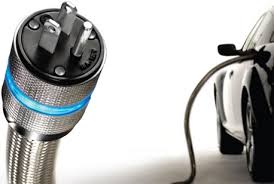 Greece has the potential to become a pioneering force in the emerging electric vehicle sector, while the objective is for this new industry to create 7,000 new jobs in the country, Environment, Energy & Climate Change Yiannis Maniatis told a conference in Athens today, organized by the Center for Renewable Energy Sources and Saving (CRES), locally known as KAPE.

The minister noted that it was of crucial importance for Greece to establish a new production model “based on innovation, productivity, the creation of new jobs, which, of course, is supported by environmentally friendly investment.”

Maniatis went on to say that the electric vehicle sector held a place at the core of this new production model, while adding that a pan-European effort was being made to introduce electric transportation as widely as possible for the continent’s citizens.

Based on current estimates, the sector will create 700,000 new jobs in Europe over the next ten years, Maniatis said.

As for Greece, Maniatis noted that a legislative amendment was made several months ago to facilitate the development of recharging stations as a step towards making the wider use of electric vehicles a reality.

“We possess the required political will, knowhow at universities and research institutes, and innovative enterprises,” Maniatis said. “We also face a major challenge, a major universal challenge [requiring] all of us to fight against climate change,” he continued, while also expressing confidence that Greece can play a key role in the sector’s European development.