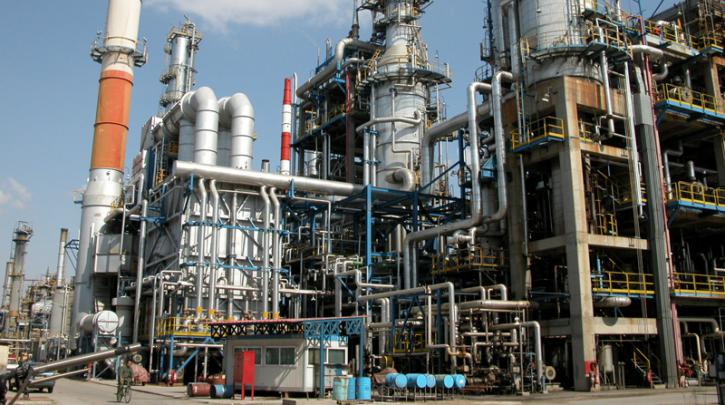 The ELPE (Hellenic Petroleum) group posted an adjusted EBITDA figure of 156 million euros for the second quarter, up 20 percent from the 130-million euro performance reported for the equivalent period last year, leading this year’s the first-half adjusted EBITDA to 326 million euros, despite the significant drop of the Med benchmark FCC and hydrocracking refining margins, by 35 percent and 12 percent respectively, and weaker domestic market demand, the company announced in a statement released today.

The doubling of exports in the second quarter of 2016 (2.3m MT vs 1.1m MT in 2Q15), that led their total sales contribution to 60%, a record high, as well as the benefits from crude optimization opportunities in international markets positively affected results, the company noted.

The implementation of the commercial agreement with the National Iranian Oil Company (NIOC), in line with the prevailing international framework and the continuous diversification of key crude suppliers, including an agreement with Rosneft, which is already effective and ranks as the most important, supported increased optionality in crude supply and the optimisation of the processing mix, with positive impact on results.

ELPE’s financial position was further strengthened, as the $400m bond issued by HPF plc was repaid on May 16, and the harmonization process of covenants of the outstanding Eurobonds and commercial bank term facilities was successful, ELPE noted. Interest expense fell five percent compared to the second quarter last year and the refinancing of outstanding bonds maturing in 2017 is in progress, a development that will lead to a further reduction of financing costs.

During the second quarter this year, reduced crude supply, due to production disruptions in Canada and Nigeria, combined with the sustained global demand increase, led to a partial recovery in international crude oil prices. Brent price averaged $47/bbl in 2Q16, recording a 30% increase compared to the beginning of the year, while the US dollar was marginally lower vs 1Q16, with the EUR/USD rate averaging 1.13, ELPE pointed out.

Increased crude oil supply in the Mediterranean, especially for the heavier grades, aided by the return of Iran to international markets, kept the Brent-Urals spread at $1.7/bbl, a 5-year high. This supported the profitability of complex refineries like Elefsinaand Aspropyrgos, which have the ability to process heavy crude grades. Benchmark Med FCC margins averaged $4.7/bbl, lower compared with last year ($7.3/bbl), with Hydrocracking margin at $5.1/bbl ($5.8/bbl).

Auto-fuels demand recorded a decline in 2Q16, driven by a 5% drop in gasoline, while diesel demand was 1% higher. It should be noted that the comparison with last year is affected by the capital controls imposition that increased consumption in June 2015. Similarly, comparability is expected to be affected in 3Q16, due to the weaker demand in July – August 2015.

The increased mechanical availability and production of the Group’s refineries was the key driver of operational profitability improvement compared to last year. All Group refineries recorded higher production and a further increase in over-performance vs benchmarks; Aspropyrgos and Elefsina recently completed turnaround schedules, while the Thessaloniki refinery is scheduled to shut down for a full turnaround in 4Q16.

Weaker auto-fuels demand in the domestic market and lower margins in some Balkan markets affected Fuels Marketing profitability in Greece and the international retail subsidiaries.

On May 16, the Group repaid its $400m bond and in June 2016 proceeded to the harmonisation of financial ratios definitions across the 2017 and 2019 Eurobonds, as well as other outstanding commercial bank term facilities that include similar definitions. During 2016 and subject to market conditions, the Group has planned the refinancing of its 2017 Eurobond.

The balance sheet of the Group is also improved, with Net Debt at €1.7bn, mainly due to the normalization of crude supply payables and capex levels, as well as the initial payments to NIOC.

Regarding the sale of a 66 p% of DESFA share capital to SOCAR and relevant regulatory approval process, no significant development has taken place.

ELPE is one of the leading energy groups in South East Europe with activities spanning across the energy value chain and a presence in six countries.