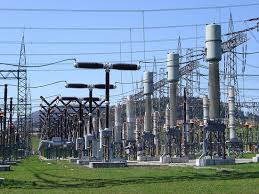 HEDNO, the Hellenic Electricity Distribution Network Operator – locally known as DEDDIE – is currently carrying out an investment plan worth over 1.5 billion euros to upgrade the country’s electricity distribution infrastructrure. The amount concerns work to be conducted until 2018.

Key aspects of the upgrade include the introduction of a geographic information system (GIS) to support smart-grid installations, as well as new digital electricity meters, to be initially installed as a pilot progam in various parts of Greece.

The upgrade is being implemented as part of HEDNO’s objective for the establishment of a modern network, as was noted by the operator’s recently appointed president and chief executive Konstantinos Zontanos.

The operator is already using GSM (Global System for Mobile Communication) and GPRS (General Packet Radio Services) technology, currently being applied for the management of electricity distribution concerning 13,500 consumers and producers in the medium-voltage category. The operator has also begun implementing such technology for major-scale consumption.

HEDNO is also preparing to launch work activity on its digital electricity meters project for households and small-scale commercial consumers. As previously reported by energypress, the operator has announced an international tender for supply and installation of the meters. Bidders will need to submit their offers by the end of January. Approximately 200,000 meters will be initially installed, as a pilot program, in various urban and provincial areas such as the wider Athens area, Thessaloniki, Xanthi, and the islands of Lesbos, Lefkada, Santorini, Kythnos, and Mylos.

“HEDNO had adopted a strategy fully adjusted to the long-term energy objectives set at both national and pan-European levels,” noted Zontanos, the operator’s head. “It is currently developing projects that will shape the energy market in the near future.”