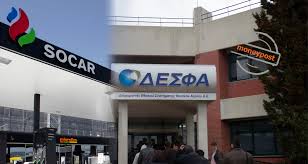 The sale of DESFA, the Natural Gas Transmission System Operator, Greece’s first major energy-sector privatization, to Azeri company Socar, is now just about done following today’s announcement by RAE, the Regulatory Authority for Energy, that it has certified the operator as an independent transmission operator (ITO).

RAE also noted that it had taken into account the European Commission’s position on the sale of DESFA, set at 400 million euros, including a clause for suspension of the new owner’s voting rights if it were deemed that energy supply in Greece or the European Union was being threatened.

All that now remains for the sale to be finalized is its approval by the European Commission’s Director-General for Competition.