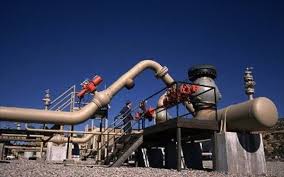 The sale of DESFA, the Natural Gas Transmission System Operator, Greece’s first major energy-sector privatization, to Azeri company Socar, is expected to be approved by the board of RAE, the Regulatory Authority for Energy, next Thursday, bringing the agreement’s process one step away from finalization.

RAE will be able to offer its approval to the privatization agreement, transferring a 66 percent majority stake to Socar, following the ratification of amendments in Greek Parliament early September. The revisions were made following the European Commission’s proposal for changes to the agreement over EU energy security concerns.

The European Commission requested revisions to the agreement enabling the suspension of the new owner’s voting rights should national and EU law be violated. This could concern an action made by the new operator that would threaten the supply security of Greece and other EU member states.

Once given the green light by RAE, the agreement’s portfolio will be forwarded to TAIPED, the State Privatization Fund, which is responsible for the contract’s final approval. Following the fund’s approval, Socar will be expected to provide 400 million euros as payment. Of this amount, 212 euros will go to Hellenic Petroleum, or ELPE, selling a 35 percent stake in DESFA, while the other 188 million euros will be received by the Greek state, selling a 31 percent stake in DESFA.