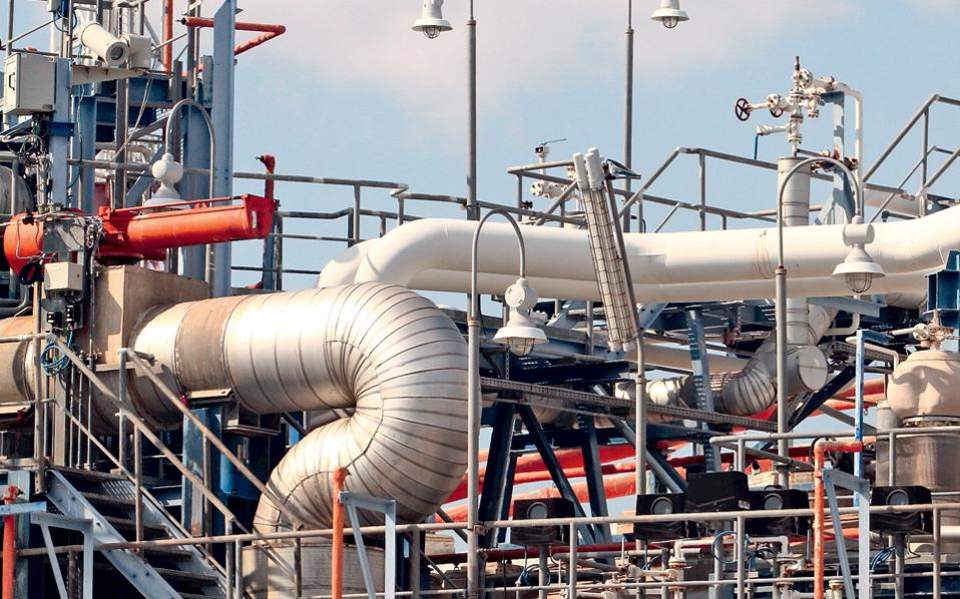 Offers made by two bidding teams to an international tender offering a 66 percent stake of DESFA, the natural gas grid operator, are both over 400 millon euros but less than 15 percent apart, meaning that an additional round of bidding will be needed.

This has boosted expectations among officials of a final result close to 500 million euros, well over the 400 million euros offered by Azerbaijan’s Socar in an unfinished previous sale effort, also offering a 66 percent stake of DESFA.

TAIPED, the state privatization fund, had set a term requiring follow-up binding bids if initial offers are less than 15 percent apart, the intention being to offer an incentive for higher bidding.

The two teams in contention are holding back for the decisive follow-up round, while the bidding could reach close to 500 million euros, or, ideally, even more, one pundit remarked.

One of the two bids is believed to be close to 450 million euros, while the other is over 400 million euros. It has not been specified which team is behind the higher bid.

Italy’s Snam, Spain’s Enagás Internacional and Belgium’s Fluxys formed a consortium to participate in the new DESFA tender. Another Spanish entry, Regasificadora del Noroeste (Reganosa Asset Investments) joined forces with Romania’s Transgaz and the EBRD, the European Bank for Reconstruction and Development, for the other offer.

Five years ago, during the first sale attempt, DESFA’s 66 percent had been valued at 330 million euros. At the time, Greece’s country risk was higher, while the operator’s investment plan was completely different to the current plan. Also, DESFA’s cash reserves are now much higher, close to 200 million euros. These two factors should push the sale price higher.

Meticulous processing by TAIPED of both bid portfolios delayed the opening of financial offers by over a month. Issues concerning the Spanish-Romanian-EBRD offer are believed to have added to this delay. The privatization fund needed to ensure that Spain’s Reganosa satisfied the tender’s terms, sources informed.

Snam, Enagás Internacional and Fluxys, the three members of one of the two participating consortiums, all hold stakes in the TAP consortium.

Suma Chakrabarti, the president of EBRD, which has joined the DESFA tender’s other bidding team, met with Greek Prime Minister Alexis Tsipras just days ago. The bank head stressed EBRD plans to invest between 400 and 600 million euros in Greece this year.