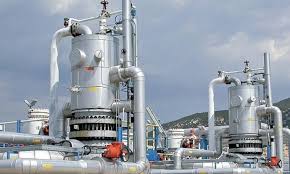 Legislation engineered by the energy ministry to split gas utility DEPA into two new entities, DEPA Trade and DEPA Infrastructure, as a prelude to a privatization procedure for both, appears to be all but over following the ruling Syriza party’s poor showing in last weekend’s European elections, which prompted Prime Minister Alexis Tsipras to announce snap elections.

The country’s next administration will need to pick a new model for this privatization.

Greece’s snap elections may take place on July 7 instead of June 30, the date originally planned, to avoid the process from coinciding with nationwide university entrance exams, scheduled between June 6 and July 2.

The energy ministry has made clear it will not take any further steps on any matters in its portfolio, including DEPA, during the run-up to Greece’s imminent elections.

Officials at the ministry have cited “political correctness” for not committing any subsequent government to pre-election decisions.

The main opposition New Democracy party, which outperformed Syriza by over 9 percentage points in Sunday’s European election and now appears set for an electoral victory at the upcoming national elections, has consistently disagreed on the necessity of the government’s split plan for DEPA ever since March, when the plan was tabled in parliament. ND officials have described the plan as complicated, unnecessary and ultimately damaging for the DEPA privatization.

The country’s series of bailout agreements have not included any terms requiring a split of DEPA’s trading and infrastructure divisions, an arrangement uncommon in many European countries.