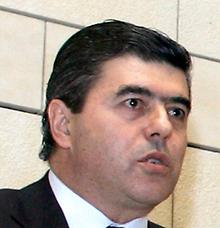 Revisions aimed at liberalizing the natural gas market were posing major threats for  the stability of sector firms such as DEPA, the Public Gas Company, the company’s managing director, Mr. Spyros Paleogiannis, warned yesterday, adding that DEPA’s market share would be affected.

The DEPA official, who offered his views during a speech at an Economist conference in Athens, said his firm would attempt to compensate losses by expanding its networks, using CNG technology, as well as liquefied natural gas for supply of remote areas and islands.

Referring to gas supply companies that stand to lose exclusive rights as a result of the division of distribution and supply, Mr. Paleogiannis noted that this development would affect their market presence at both retail and wholesale levels.

“We don’t suffer from phobic syndromes. We’re just trying to be realists,” Mr. Paleogiannis remarked. The DEPA official said his firm had already submitted a series of specific proposals, such as extending the duration of distribution licenses, expanding the geographical reach of existing gas supply companies, and offering incentives for the development of networks in new regions.

Mr. Paleogiannis did not rule out the possibility of a new round of new price increases for natural gas. He challenged the Russian representative of the National Energy Security Fund, Mr. Konstantin Simonov, who also took part in the conference, to reconsider preceding remarks on an impending natural gas crisis, next winter, as a result of the negative developments in Ukraine.

Mr. Simonov had told the conference that “we will face a new natural gas crisis in the winter, and Russia will not be responsible.”