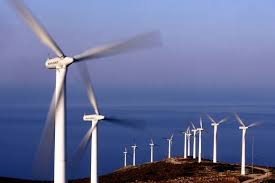 A ministerial decision facilitating a one percent withholding tax from renewable energy source (RES) production revenues to be credited to household consumers located within official local government boundaries where hydropower and wind-park facilities operate has been signed following a long delay.

The decision, signed by the Environment, Energy & Climate Change Minister Yiannis Maniatis, his deputy, Makis Papageorgiou, as well as the Interior Minister Argyris Dinopoulos, had originally been incorporated into a bill dating back to 2010.

The withholding tax plan remained stagnant over the first three-year period, and then complexities emerged over details concerning the retroactive calculations of amounts covering 2010 to 2013, which took another year to resolve. It now appears that the matter has been settled.

As a result of the long delay, the Environment, Energy & Climate Change Ministry has received a steady stream of questions from MPs enquiring about payment details and whether studies linked to the plan had been completed by PPC, the Public Power Corporation, and LAGIE, the Electricity Market Operator.

According to LAGIE, the total amount withheld from RES production revenues and awaiting distribution to eligible consumers had amounted to 16.5 million euros in September. Of this amount, 74 percent was provided by the withholding tax imposed on wind-park facility revenues, while 13.5 percent stemmed from small hydropower unit revenues.

Details on the exact amounts to distributed have yet to be released, but recent figures cited by authorities, as examples for various regions, have ranged from 500 euros to 1,000 euros per eligible household for the four-year period.