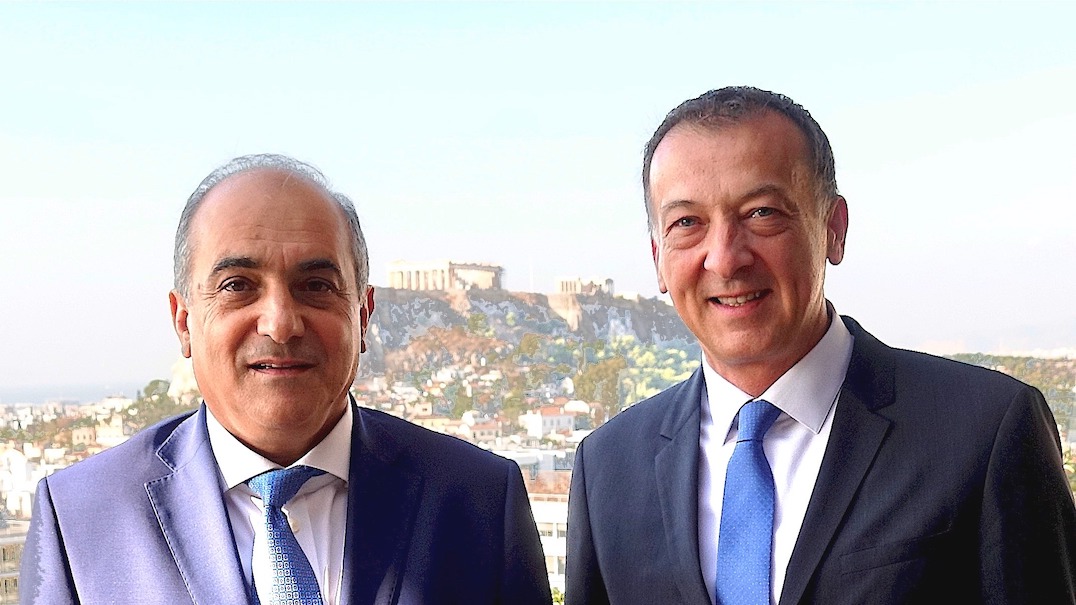 Chairman of the Board of Directors at GAIAOSE

After the difficult period of the economic crisis, the Republic of Cyprus has been impressive in the way it is preparing the future. A characteristic example is the field of innovation. The Republic of Cyprus has turned its attention to the fourth industrial revolution and strives to create the right environment, at the level of enterprises, companies, services and investments, by adopting innovative practices and processes.

On the initiative of the President of the House of Representatives, Mr. Dimitris Syllouris and through a systematic effort of three years, Cyprus has already developed a National Strategy for Blockchain Technologies and Distributed Ledger Technology (DLT) while the corresponding National Strategy for the Development of Artificial Intelligence is already at the stage of completion. With a clear vision, strategic goals, priorities and a precise roadmap that includes pilot projects and the necessary legislative reforms the Republic of Cyprus is claiming a position among the pioneering EU states and a coordinating role at a regional level.

Given the recent experience of attending the Conference of the House of Representatives on “The Fourth Industrial Revolution: Innovation, Artificial Intelligence, and Integration”, I would like to point out some aspects that impressed me:

– The high symbolism of organizing such a specialized conference inside the House of Representatives and with the active participation of Members of the House, which signifies the importance that the Republic of Cyprus attaches to the issues of innovation.

– The inspirational leadership of President D. Syllouris who bears the characteristics of a visionary politician and a result-oriented manager. An example of his effectiveness and determination was his statement to a participant who noticed that “In order for the pilot projects to begin the completion of the legislative reforms is required.” The President’s answer was: “If we want to be among the successful countries, we have to move fast. We will find the way to realize the pilot projects without having to wait for the completion of the legislative work.”

Having these thoughts, I met the President Mr. D. Syllouris during his recent visit in Athens to discuss about the conclusions of the Conference and investigate the cooperation opportunities between Greece and Cyprus for the development of innovative infrastructure and services.

Right after the Conference, at the initiative of the House of Representatives, the process for developing an integrated legislative framework for blockchain/DLT has begun. With the help of experts from Europe and the US, a modern and flexible institutional framework is being designed with a particular emphasis on supervisory mechanisms, which will ensure the transparency and the avoidance of the use of blockchain services to serve illegal activities.

The medium-term goal of President D. Syllouris is the establishment of a Network of Understanding and Cooperation among all interested parties for the implementation of the National Strategy of the Republic of Cyprus for the fourth industrial revolution. Academic institutions, research centers, the business world, startup ecosystems and funds will be invited to participate in this network and to cooperate in order to make Cyprus a benchmark for industry 4.0.

In this context, significant opportunities of cooperation between Greece, Cyprus and States of the wider region are created to develop public blockchain services infrastructure and to engage companies in the provision of value added services in sectors such as supply chain, real estate, transportation, fintech, retail, intelligent agriculture, food safety & traceability and many more. These co operations could be the catalyst for the overall upgrade of the two countries’ economy.

It is worth mentioning that, according to a recent report of the World Economic Forum, blockchain could lead to 1.5% global GDP growth in the next decade. With this expectation a global race to develop such infrastructure and services has begun. The recent “Worldwide Semiannual Blockchain Spending Guide” report of International Data Corporation (IDC) forecasts that spending on developing blockchain solutions in 2019 will increase by 80% comparing to 2018 and will reach 15.9 billion USD in 2023.

The position of Greece and Cyprus in this scene is reinforced by the fact that the fourth industrial revolution is of high priority for the EU. The European Commission has a holistic approach to blockchain technologies and DLT, which aims at positioning Europe at the forefront of blockchain innovation and uptake. In this context, the EU aims through a series of initiatives to reinforce cooperation on the development of blockchain/DLT based applications, support international standard setting and facilitate dialogue between industry stakeholders and regulators, notably for a regulatory framework, that builds on the EU acquis.

An important initiative that is involved in the above context is the European Blockchain Partnership (EBP) for the establishment of a European Blockchain Services Infrastructure (EBSI) that will support the delivery of cross-border digital public services, with the highest standards of security and privacy. Both Greece and Cyprus are members of EBP. At the same time the EU, in order to encourage cooperation between public and private sector, has launched the International Association for Trusted Blockchain Applications (INATBA), which brings together industry, startups and SMEs, policy makers, international organisations, regulators, civil society and standard setting bodies to support blockchain/DLT to be mainstreamed and scaled-up across multiple sectors. The EU context of initiatives is complemented with appropriate funding. Already 180 M€ of EU funding spent to support research and innovation in blockchain/DLT while a new investment fund, “The blockchain and AI fund”, is being created. In 2020, 100 M€ will be allocated to the European Investment Fund (EIF) for being invested in Venture Capital funds, who will then invest a total of 300 to 400 M€ in AI and blockchain startups.

This favorable framework, which appears to be in place, is an important opportunity for growth for the economies of Cyprus and Greece. Initiatives like the one of the President of the House of Representatives, Mr. D. Syllouris, contribute to this very direction.