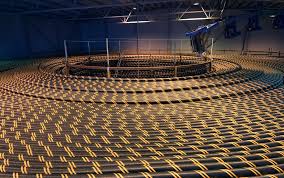 IPTO, the power grid operator, has decided to include the fourth phase of the Cyclades islands interconnection into its next ten-year plan, covering 2019 to 2028.

This decision comes following talks between IPTO and RAE, the Regulatory Authority for Energy. The operator’s new ten-year plan has yet to be submitted to RAE, which only recently approved IPTO’s current plan for 2018 to 2027.

IPTO’s chief executive Manos Manousakis recently announced that the third phase of the Cyclades interconnection, an underwater cable linking coastal Lavrio, southeast of Athens, with Syros, would be developed two years sooner than had been planned, in 2020. This part of the project is budgeted at 102 million euros.

As for the second phase of the Cyclades interconnection – including the addition of Naxos and an upgrade of existing submarine cables linking Andros with Tinos and Livadi (Evia), the appraisal of offers submitted for sub-contracts is at an advanced stage. Work will get underway once these sub-contracts have been signed, the aim being to complete the second phase within 2019.