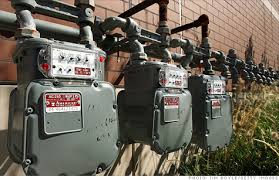 A subsidized program offered recently by the Ministry of Environment, Energy & Climate Change to promote household heating system conversions from fuel to natural gas has been strongly received by consumers, as indicated by data provided by the country’s three exisiting gas supply companies (EPA) in the wider Athens area, northern city Thessaloniki, and Thessalia, in the mid-northeast.

The subsidized program, designed to cover 60 percent of conversion costs stretching back as far as September 25, 2014, can save households as much as 5,500 euros.

Taking into account the enthusiastic response by consumers for the subsidized program, all three EPA companies are expected to sustain its availability in 2015 through new funding.