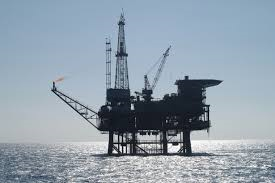 A consortium comprised of Greece’s ELPE (Hellenic Petroleum), France’s Total, and Italy’s Edison, has submitted an offer for an offshore block west of Corfu, according to capital.gr, as part of an international tender whose deadline expired July 14.

Once the tender’s deadline expired, it was reported that ELPE had submitted an offer with Total as well as a third participant which, at the time, chose not to reveal its identity.

The offshore block that drew the interest of the three-member consortium covers an area of approximately 100 square kilometers west of Corfu at a location where a hydrocarbons deposit is believed to exist. It is one of twenty offshore blocks included in the international tender, in the Ionian Sea and south of Crete. Ten of the twenty blocks are located in the Ionian Sea, stretching from northwest of Corfu all the way down to west of the Peloponnese.

The specific offshore block, numbered “two” and located one block south of the northernmost block of the ten offered in the Ionian, is believed to contain a deposit with approximately 150 million barrels of oil, a quantity at par with the Prinos field in the Kavala area, northeast Greece, at a sea depth of at least 900 meters. Its degree of hydrocarbons potential is modest for the standards of a company the size of Total, the world’s fourth largest listed oil company with a total turnover of 177.7 billion euros, nearly the size of Greece’s GDP figure, estimated at 238 billion euros in 2014.

Over the past two-and-a-half years, France has actively supported Greece in the country’s effort to open up its hydrocarbons exploration market. Certain analysts believe the French support for the Greek oil tender also carries an element of political support for the government. Total’s offer was revealed in mid-July, at a point in time when the level of political uncertainty surrounding Greece amid its negotiations for a new bailout agreement had reached a high. Of course, the French company had begun preparing its offer well in advance. Total was the first company to purchase the seismic survey package offered by Norwegian company PGS, in the spring of 2012. The US’s Exxon followed suit but ended up not placing an offer for the Greek offshore blocks.

The overall level of interest for the Greek tender ended up being subdued. Market conditions have changed considerably since three years ago, when the country’s efforts to organize the tender were launched. At the time, international oil prices were at 120 dollars a barrel, about double the present level, while overall international market conditions were more robust, with firmer levels of demand.