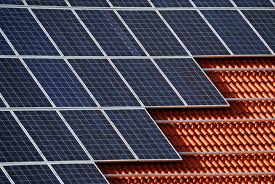 Procedures intended to clear a backlog of renewable energy source (RES) permits previously issued for projects that now stand no chance of being actualized are in full swing.

Applications that have sat idly are being eliminated through a process based on legislation that demands banking guarantees worth the equivalent of respective projects from applicants.

At the same time, HEDNO, the Hellenic Electricity Distribution Network Operator, has launched a clean-up mission of its own for roof-mounted photovoltaic systems. It is preparing to give older applicants one month to resubmit their applications as a sign of genuine interest. Otherwise, their applications will be shelved to make way for a new wave of interest being expressed by individuals and enterprises seeking to capitalize on a newly introduced net metering legal framework.

The net metering plan will enable electricity consumers who generate their own power from an eligible on-site facility and deliver it to local distribution facilities to offset the electric energy provided by the utility during an applicable billing period.

A total of 1,665 applications for roof-mounted photovoltaic systems with a total capacity of 14.32 MW had been submitted until the end of September, 2013, the most recent date for which HEDNO data is available.

IPTO, the power grid operator, has published a list comprised of 370 permit cancellations, primarily for wind-energy and photovoltaic installations whose potential capacity amounted to many thousands of MW. The owners of these permits did not follow up on their initial interest. They failed to respond to a request for banking guarantees. The profiles of these investors range from large corporations possessing portfolios with hundreds of MW in energy projects to investors seeking to acquire permits with the intention of selling them.