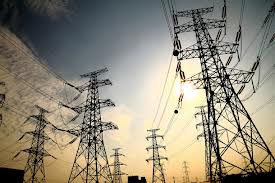 Although the new leftist Syriza-led coalition government has declared it does not intend to finalize a pre-elections tender for a 66 percent sale in IPTO, the country’s power grid operator, latest developments suggest that the government is considering a revised option, to maintain a majority 51 percent share for the Greek state and sell a minority 49 percent to a strategic partner.

Rumors have been rife about such a prospect over the past few days, which does not necessarily mean that the plan has been endorsed by Production Reconstruction, Environment and Energy Minister Panayiotis Lafazanis, who heads the Syriza party’s more radical left, the Left Platform.

However, according to sources, contact is already being established with possible strategic partners, including China’s SGCC, one of the candidates in the derailed IPTO tender. Entry into the Greek electricity market for SGCC, which handles China’s mammoth grid, even through a minority stake in IPTO, would generate business for Chinese cable suppliers in Greece and could also serve as a stepping stone for further Chinese expansion in the EU.

Vast amounts are expected to be invested on grids around Europe as part of the EU’s drive to integrate the electricity market, which helps explain China’s interest in the continent.

However, even if the Greek government does offer its approval for the acquisition of a minority stake in IPTO by a non-EU company, such as SGCC, it remains highly doubtful that the European Comission’s competition authorities will endorse the plan, as has been highlighted by their indefinite suspension of a delayed sale of DESFA, Greece’s natural gas grid operator, to Azeri energy company Socar.

Returning to IPTO, a subsidiary firm of PPC, the Public Power Corporation, the current thoughts for a possible minority-stake sale of the grid operator were indicated just days ago by a workers union group announcement highlighting the need for IPTO to remain a part of PPC.