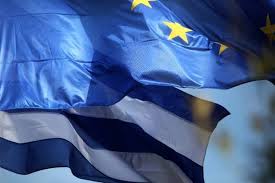 The prospects of certain developments in the energy sector depend entirely on which political party, or parties, will govern the country in the immediate future, a prime example being the privatization of IPTO, Greece’s Independent Power Transmission Operator (IPTO).

However, the country faces an EU obligation to press on with three key energy sector issues, the part-privatization of PPC, the Public Power Corporation, the target model, and the gas market’s liberalization, regardless of whether Greek Parliament manages to elect a new President in the coming weeks or, if not, be led to snap general elections that are likely to lead to victory for the leftist Syriza party, which says it opposes all privatization activity.

The part-privatization of PPC, locally dubbed “Little PPC”, entailing the sale of a 30 percent stake – it includes lignite-fired stations, hydropower stations, natural gas-powered stations, mines, as well as consumer contracts – was originally proposed by Greek leaders as a means of liberalizing the lignite market. Contrary to popular opinion, it was not imposed on the country by the European Commision or the country’s creditor representatives, the troika, despite being eventually incorporated into the bail-out package. The same goes for many other issues.

The liberalization of the lignite and electricity market is not an issue that can be either accepted or rejected by a particular political party. These are obligations based on major political decisions at an EU level.

A recent claim by a Syriza party official that the “Little PPC” plan will be scrapped, and that PPC will remain a public utility if the party is elected into power is legally groundless, simply because Greece is obliged to open up its lignite market to competition.

The same goes for the breaking up of a series of other activities performed by PPC, IPTO, and LAGIE, the Electricity Market Operator, as well as the separation of distribution and supply activities in the gas market. These revisions are not being demanded by the troika as a form of punishment for Greece. Instead, this is how the EU energy market operates.