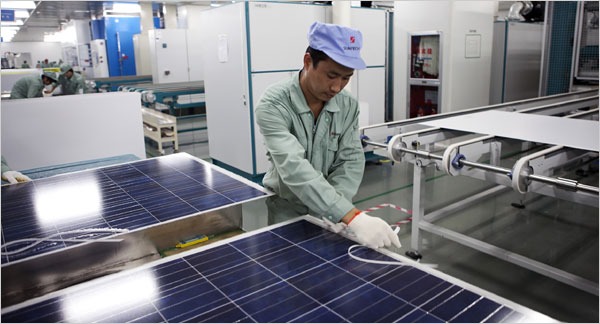 The cases concern non-member companies offering Chinese photovoltaic systems or models based on European standards but made in China, at prices below a minimum level set by exisiting EU law.

HELAPCO, along with Solar Power Europe – formerly the European Photovoltaic Industry Association (EPIA) – has, in the past, opposed an EU decision to impose duties on Chinese products, as it considers the measure is subduing development in the PV sector. However, as things stand, the association has no choice but to observe existing EU regulations.

“All companies are required to respect the measure for as long as it remains valid, to avoid unfair competition. For this reason, the Greek state needs to take all necessary measures to ensure that current regulations are strictly adhered to. In the past, the Greek state had opposed the imposition of duties but, unfortunately, the opposing view prevailed,” the association announced in a statement.

The association explained, in its announcement, that importers must pay the price difference, based on minimum levels set by EU regulations for the sector, for PV equipment hailing from China. If, however, importers are unable to cover the cost for a variety of reasons, including bankruptcy, then the amount needs to be covered by the actual PV investor, the association noted.